A couple days ago I released a new version 2.1 of Bonobo Git Server. If you’ve never heard of this project it is a centralized git server for Windows with nice repository browser and user management functions – like a Github for your own Windows server.

Lots of functionality was implemented by your kind pull request which I am very grateful for and want to say thank you again guys!

Displaying raw file is a very useful feature that you might know from Github.

After clicking on the Raw button the content of the file is displayed in the browser and can be easily saved as a file or copied to your clipboard. 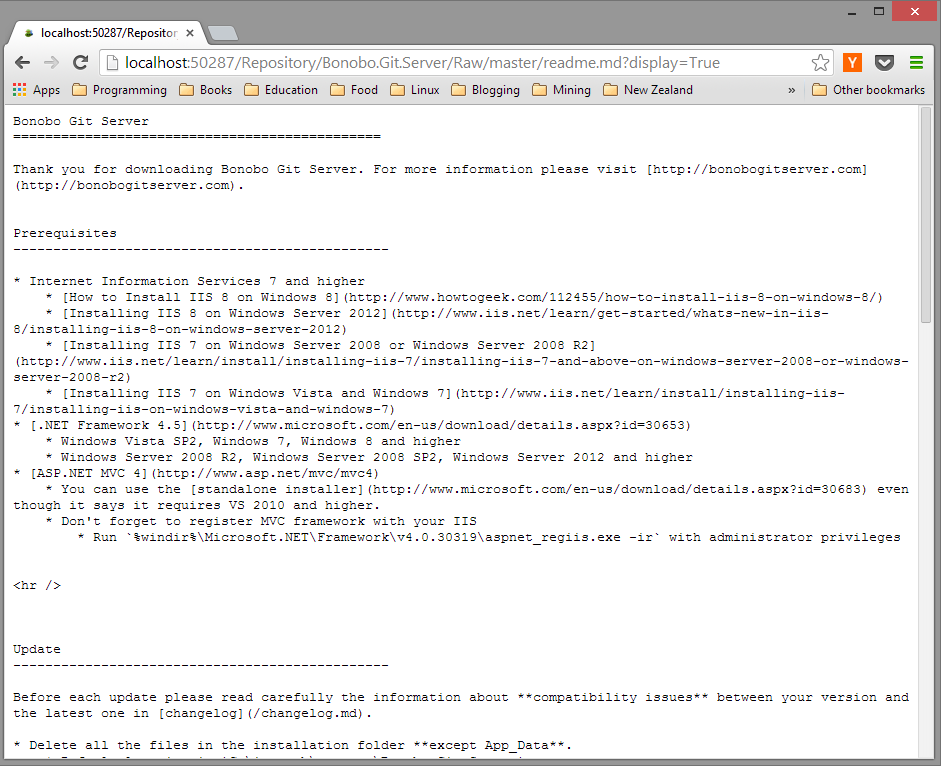 This is so far the most requested feature for the past few weeks. The ability to simply download the repository in a zip file was missing in Bonobo Git Server for a long time, but it’s finally here. 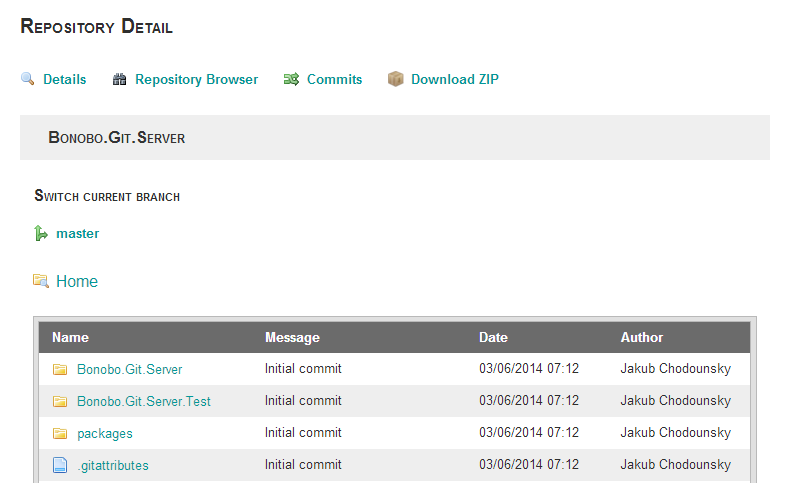 With this release, the server is capable of discovering existing repositories, but bare in mind that they have to be bare ones.

Simply point a repository folder in general settings to your existing one with repositories and they get picked up and imported to the server.

Also, if any repository is missing on the file system you get notified in the web user interface.

Bonobo Git Server is translated into many languages, but it had one giant flaw. You had to set the language up every time you lost a session.

This issue has been resolved and you can set the locale of the application in general settings.

New localization files has been added to Bonobo Git Server. Now, it can speak

ASP.NET MVC had problems with some characters that were part of the path inside a repository. As an iOS developer you would often use + and other characters in your file name.

This release addresses this by encoding the path into safe characters, so you can browse all the files you can imagine.

Those were the major features and improvements for the version 2.1. I hope you’ll enjoy it and find Bonobo Git Server useful tool for your development.