As most of you readers know I used to be a C# developer for quite some time, but I don’t earn my living writing statically typed code anymore. However, I still do some bits and pieces in open-source stuff. Not a long time ago, dynamic languages became the daily bread of mine and with that I changed operating systems — from Windows to OS X.

And it’s been a bumpy ride so far as I used Windows for such a long time and was very familiar with it. But said that, for the javascript and ruby development an Unix based system is just better and OS X on Macbook Pro is simply convenient.

But there is one thing on OS X that drives me crazy and it is its windows management. Maximize acts weird as it sometimes maximizes only horizontally, there is no way of moving windows between different monitors with keyboard shortcuts and trying to split two windows on one monitor requires precision of a surgeon.

This horrible user experience hunted me in days and nights until I discovered an amazing application by Eric Czarny called Spectacle. 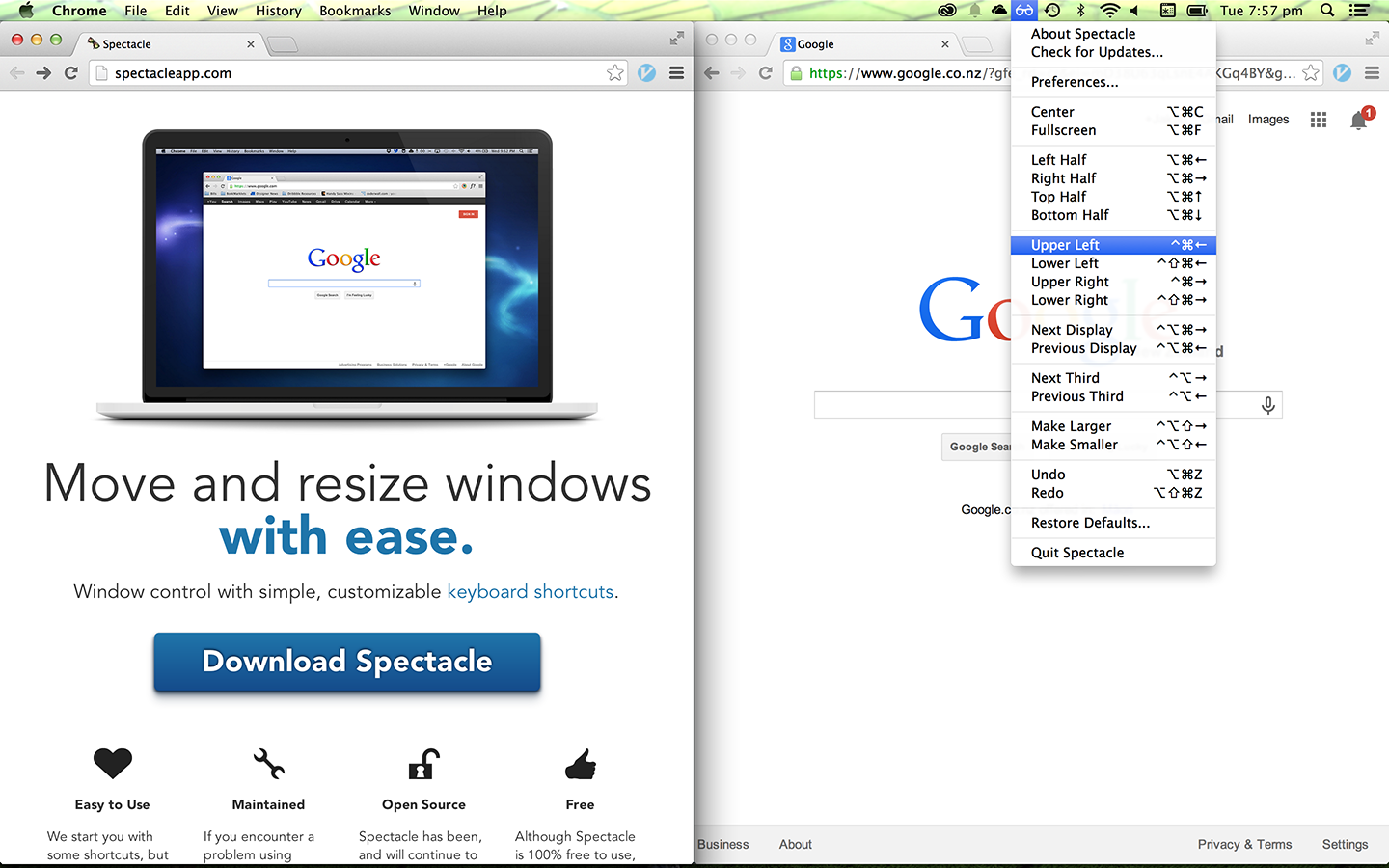 With Spectacle you gain a set of commands and keyboard shortcuts that allow you to manipulate with windows very efficiently. One of the most useful ones is cmd + option + f for maximizing windows properly. Also, you can move windows between different monitors with an ease and elegance by pressing cmd + option + control + arrow.

Moreover, this awesome piece of software is open-sourced and you can check it out on github. Kudos to Eric and all project contributors — they make a day on Mac so much better!

Would you like to get top 5 links on Programming every Monday?
Sign up to Programming Digest and stay up to date!